By opting into the web form above you are providing consent for AON Jiu Jitsu to send you periodic text messages. Standard rates may apply. You can reply HELP at anytime or learn more. You may opt-out anytime by replying STOP.
Request information today to learn more about our programs! Get Started Now 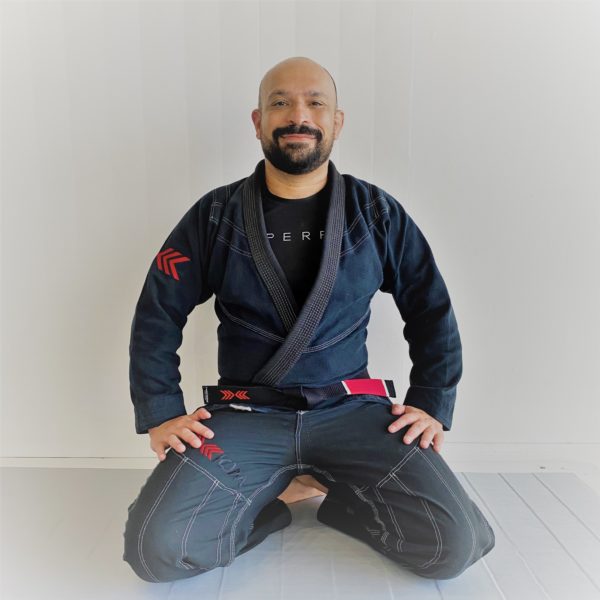 Professor Cliff Vaz began his Jiu Jitsu journey in 2000 at The Santa Fe Brazilian Jiu Jitsu Academy under Professor Alberto Crane, which was one of the first established schools in the southwestern United States.  Cliff earned all his belts from Professor Alberto, culminating in his Black Belt in 2014.  With over 20 years on the mats, and over 6 years as an IBJJF Black Belt, Cliff has turned his focus to teaching Adults and Kids alike.

Like many of the Jiu Jitsu practitioners of his generation, Cliff first saw Brazilian Jiu Jitsu in action in the early days of the UFC.  He immediately turned his focus to seeking out and learning this new martial art and like all good things, luck was on his side when Alberto Crane happened to open up his academy down the street.  From that point on Jiu Jitsu changed his life forever, on and off the mat.

After moving to Texas and completing his MBA from The University of Texas at Austin, Cliff continued his Jiu Jitsu journey under Professor Pablo Silva where he continued to evolve both in the technical and mental aspects of Jiu Jitsu, adding new methods of training and the competitive experience of IBJJF tournaments to his skill set.  He continues to train under Professor Pablo Silva at the PSBJJ HQ in Bellaire, TX.

It was during his early days on the mat that Professor Thomas and Professor Cliff met and became lifelong friends. With the dream of working together on a new Jiu Jitsu project, AON was finally born and represents their collective knowledge and passion for Jiu Jitsu.